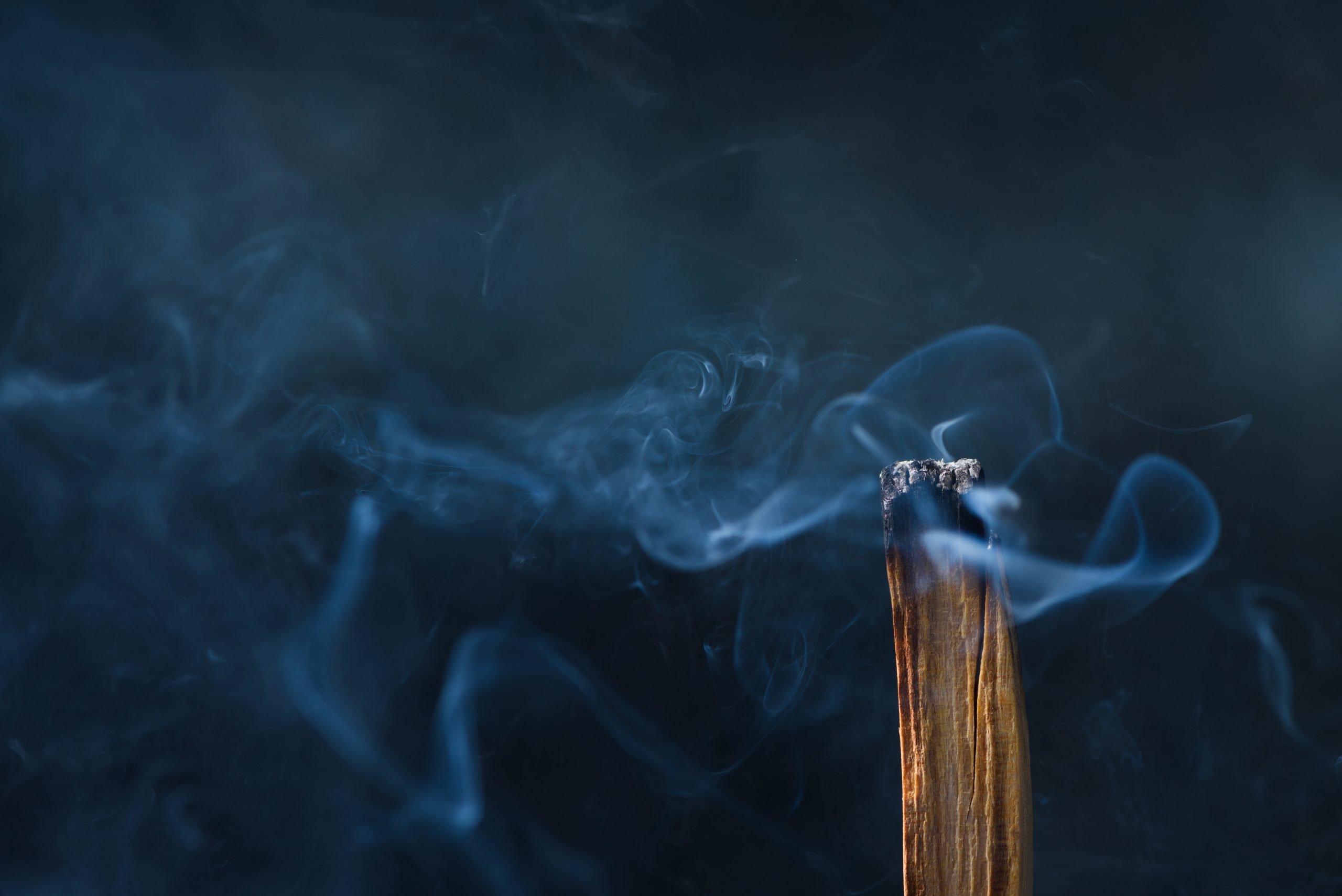 Have you heard of Palo Santo?

To begin with, it is known as Holy Wood, from the species Bursera Graveolens. Palo Santo is a wild native tree which grows in the Yucatan Peninsula, through Venezuala, Peru, Guatemala, Colombia, El Salvador and on the Galapagos Islands.

In traditional medicine, it is used to relieve flu, symptoms of stress, depression and inflammation. Palo Santo can be burned in ceremonial rituals. It is similar to sage and used in aromatherapy as an essential oil. We use it in perfume with purpose collection, including Wisdom and as an anointing oil in our 7 Ritual Kits.

Palo Santo adds positivity to your space whereby sage removes negativity. Palo Santo is great for meditation and can add to your experience. Some people say that it smells strong and not very nice, but that is a matter of opinion, however, pungent, you can think of the smell being the essence or lifeblood that you are smelling, which contains antioxidant-rich phytochemicals known as terpenes.

Palo Santo is commonly used by Shamans in their ceremonial practices, where they believe that the wood can reset energy that was once tainted by negativity, bringing positivity back.

Are you storing your skincare products in the wron

Have you been looking for an Organic Baby Wash tha

"...I met you at the markets four weeks ago, I had

👏 How lucky are we to have such an amazing Market in Tasmania. Full of handcrafted products by talented people. Come say hi 👋 at site 84 on the bottom end of the hill. 🖤We’re getting bigger! This weekend Salamanca Market returns to its original full size and will run the full length of Salamanca Place from Davey Street all the way down to the silos end of the market. That’s a lot of market! We would like to thank all of our stallholders, our volunteers and our market crew, who have shown incredible resilience during the ups and downs of running a market during COVID.This weekend we are also welcoming 80 new and exciting casual stallholders to the fold and also welcoming back some stallholders who we haven’t seen for some time.We wish all of our stallholders a great day this Saturday and we look forward to seeing everyone.#salamancamarket ... See MoreSee Less

Here at Malano, we love essential oils as much as you do. They have a rich history dating all the way back to the early Egyptians and for that reason, we use them extensively in many products. However, one thing that you may not know, essential oils are considered a medicine and listed as a chemical by the Therapeutic Goods Administration. So, there are some important pointers that that we thought we’d share with you on their use and safety. 1. Always dilute your essential oils in a high-quality carrier oil, such as; Jojoba, Sweet Almond or Fractionated Coconut Oil. Never use essential oils neat. A rough guide is about 40 drops per 100ml of carrier oil, which is around 2%. 2. Always check the labels and understand the dilution rates, for example you should only use 2-10%. Be aware that Bergamot contains Bergaptene which makes the skin photo-sensitive. 3. Check whether the oil you are using is safe for pets and babies. 4. Cats and dogs are able to be around some oils, sometimes that can vary, not all oils are safe for all animal species. 5. Make sure if you are pregnant that you check for cautions, most essential oils are not suitable for pregnancy and infants. 6. Always learn from reputable books and sites about essential oil safety. 7. We don’t recommend many essential oils for infants under 2. 8. Perhaps one of the most important tips, never ingest essential oils unless you have food grade ones and you are experienced or trained in their use. The best advice is to seek a consult with a naturopath or aromatherapist and they can safely guide you through proper dosages and use. 9. Do not use if you have epilepsy and hypertension.If you would like to know more leave a comment and if you’d like to see a video with more detail, drop us a line. We love to hear from you. ... See MoreSee Less